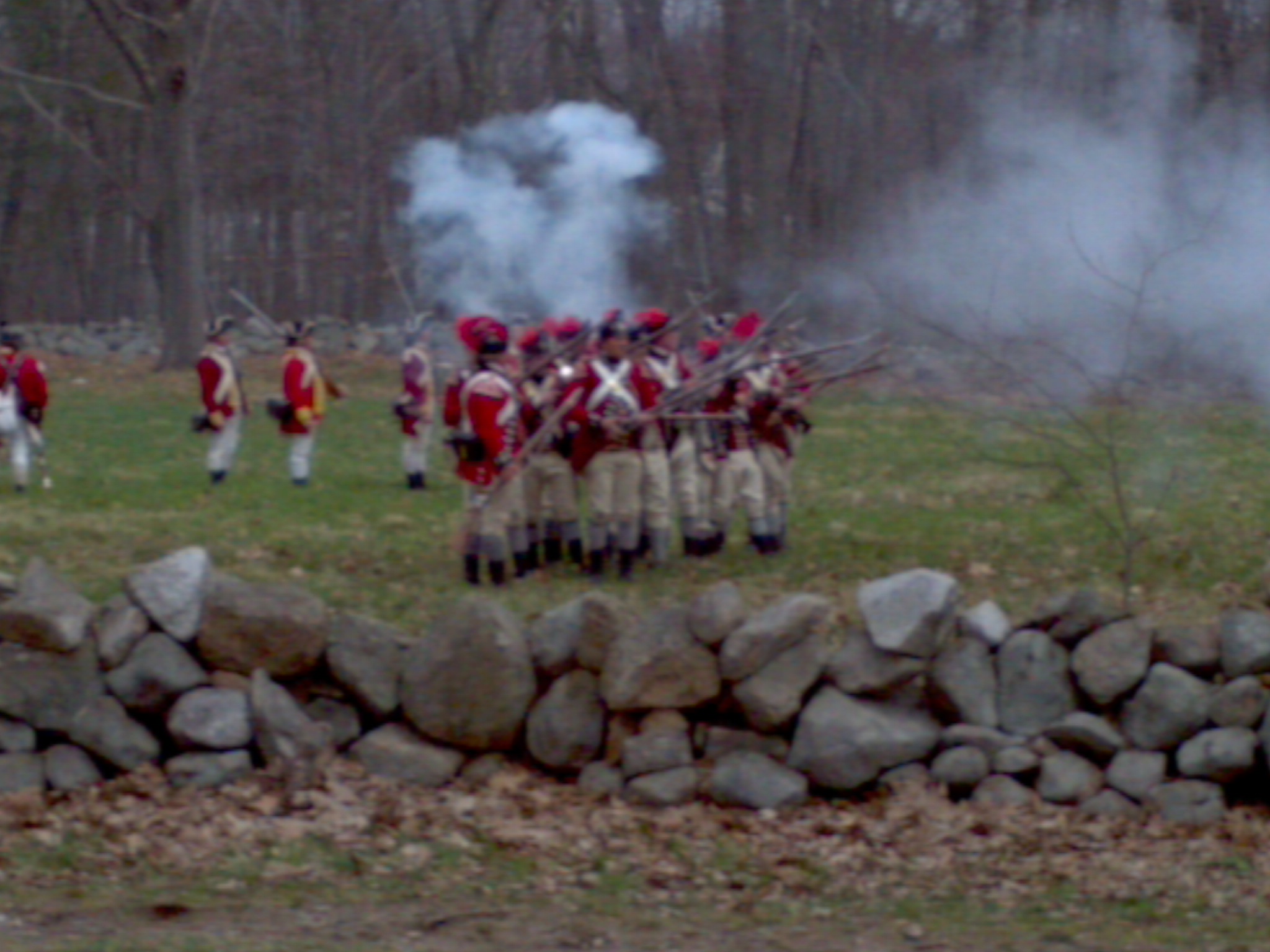 So last weekend we visited Emerson College for accepted students day  (where my daughter officially ended College Quest by accepting).  And because the Boston Marathon was on Monday, we decided that instead of staying the weekend, we’d move on and check out the Patriots Day celebrations in Lexington and Concord.

As many of you probably already know, Lexington and Concord, MA were the locations of the first battles of the Revolutionary War.  The British set off for Concord in search of the munitions—including cannons—they believed to be housed there.   Unfortunately, patriots Samuel Adams and John Hancock of the banned provisional congress were in residence in Lexington at the time.  So Paul Revere was dispatched along with William Dawes to make sure that the men were 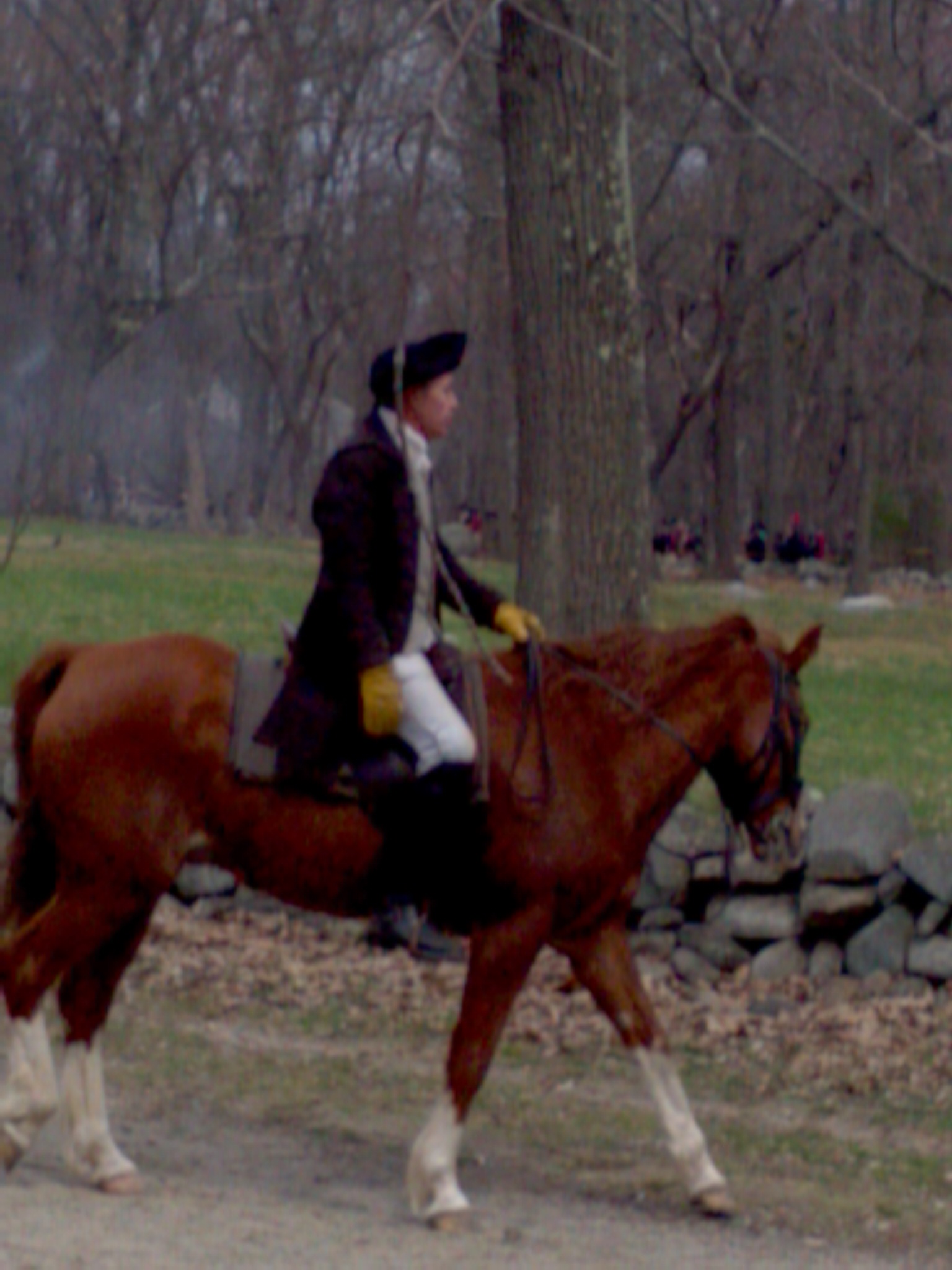 removed before the British arrived.

Thus began the famous ride of Paul Revere.  And though he did manage to warn Hancock and Adams, he was captured before he could reach Concord.  (Another dispatch did arrive in time).  He was later released, and the story of Paul Revere’s ride recorded for infamy. 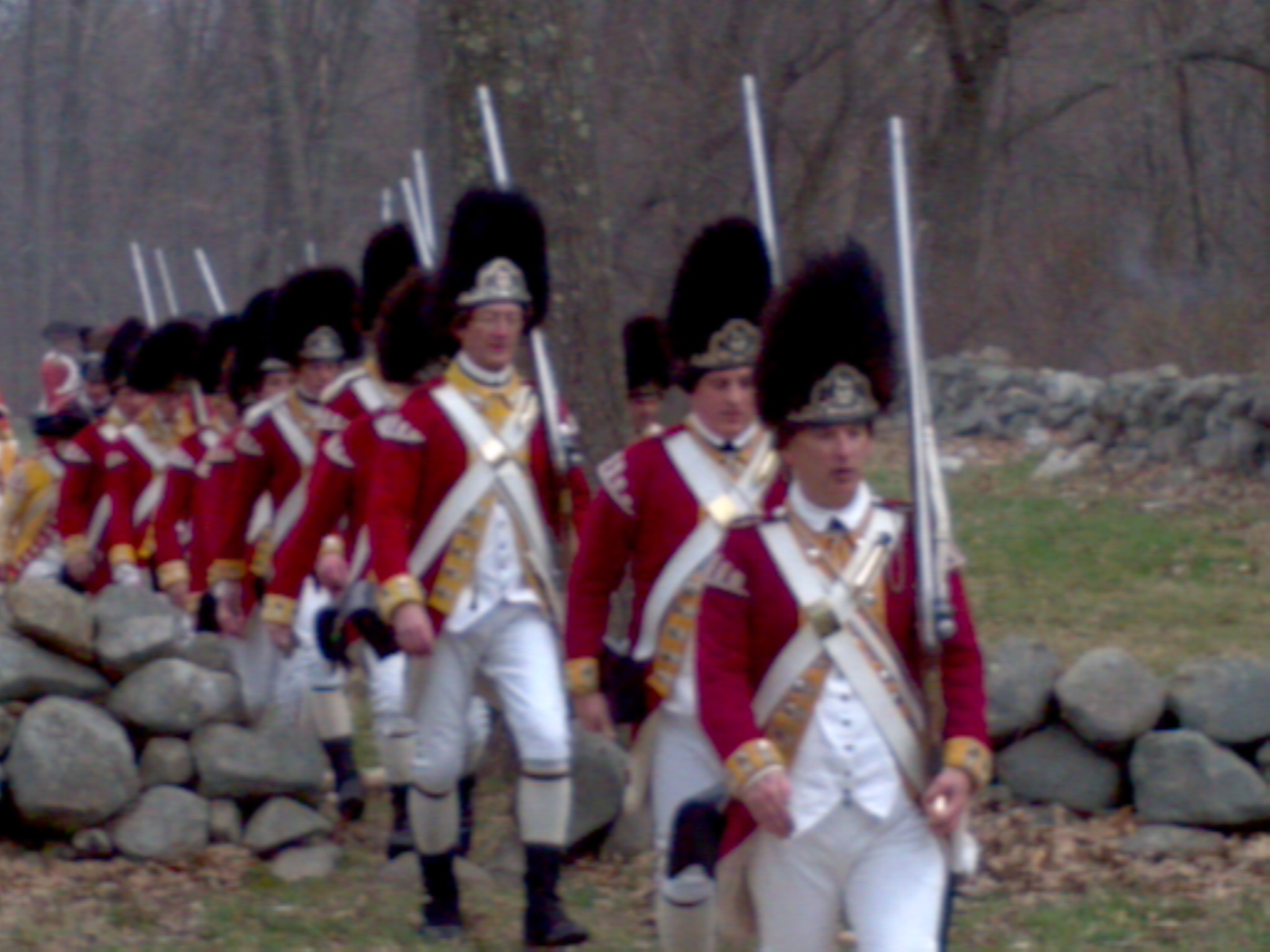 The British, with 700 troops, arrived in Concord and split up to capture the arms.  Some traveling into town, while others headed for the farm where the cannons were supposedly being held, and a third group remaining at the old north bridge in between.   The patriots, forewarned, managed to bury the cannons before the troops arrived, and when the militia confronted the British at the bridge, shots were fired (the first ones not actually attributed to one side or the other).   The Revolution had begun.

Additional militia arrived, and the British sounded retreat, moving back toward Boston as 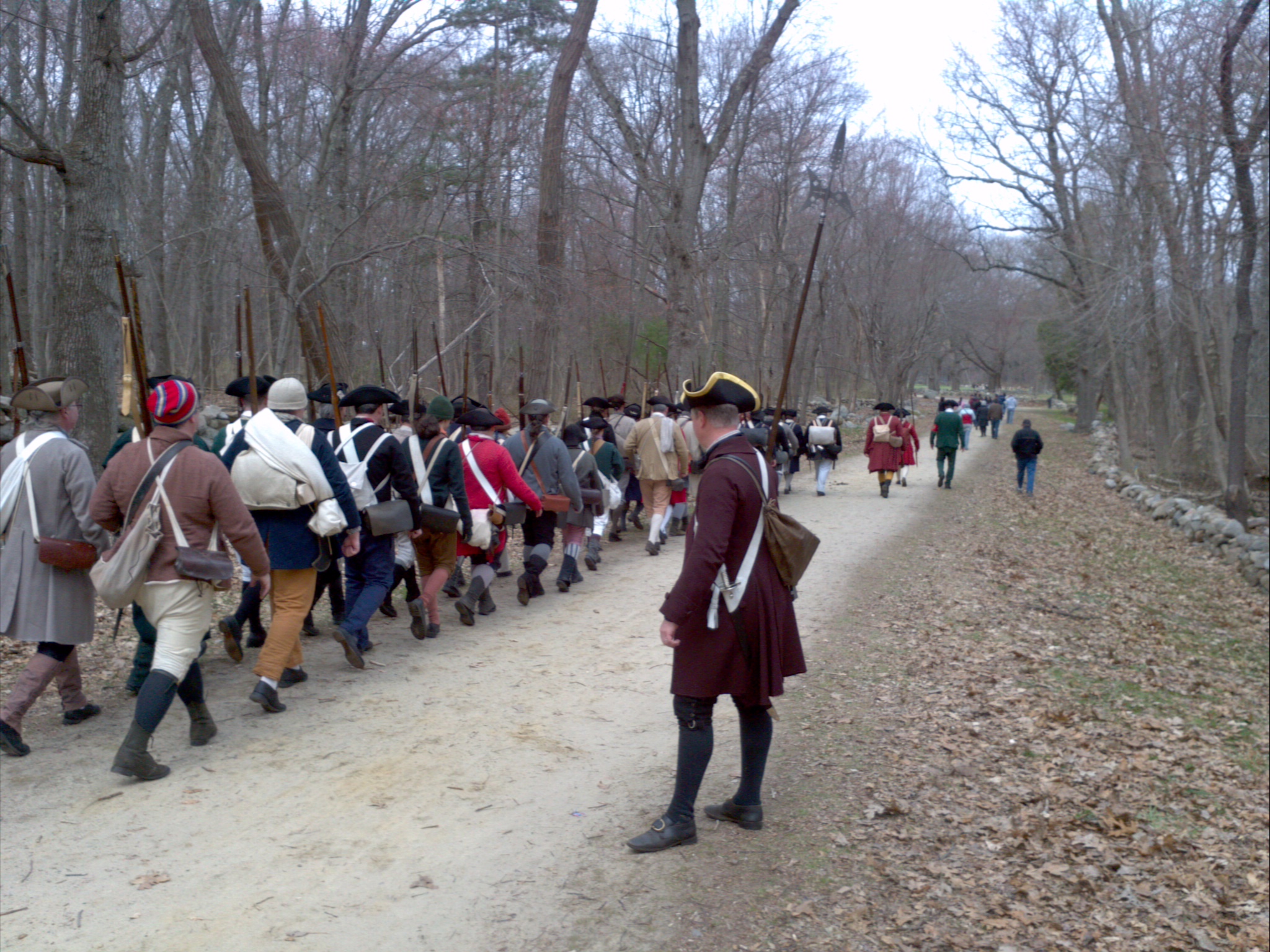 the numbers of militia men swelled, the fight culminating along Battle Road which stretched from Concord to Lexington.   Though strategically the battle was not an important one, historically it marked the beginning.  As John Adams would remark shortly after…  “the die is cast, the Rubicon crossed.”

We were lucky enough to visit the house where Paul Revere found both John Hancock and Samuel Adams, as well as the Lexington Green where eight militiamen were killed.  We also watched as reenactors brought the British retreat through the Bloody Angle to life.  Having heard of reenactions all my life, it was amazing to actually see one.   The sound of the muskets was so much louder than I expected.  And the time between volleys ridiculously long.  I’d have had trouble holding my ground, anticipating the destruction coming any second. 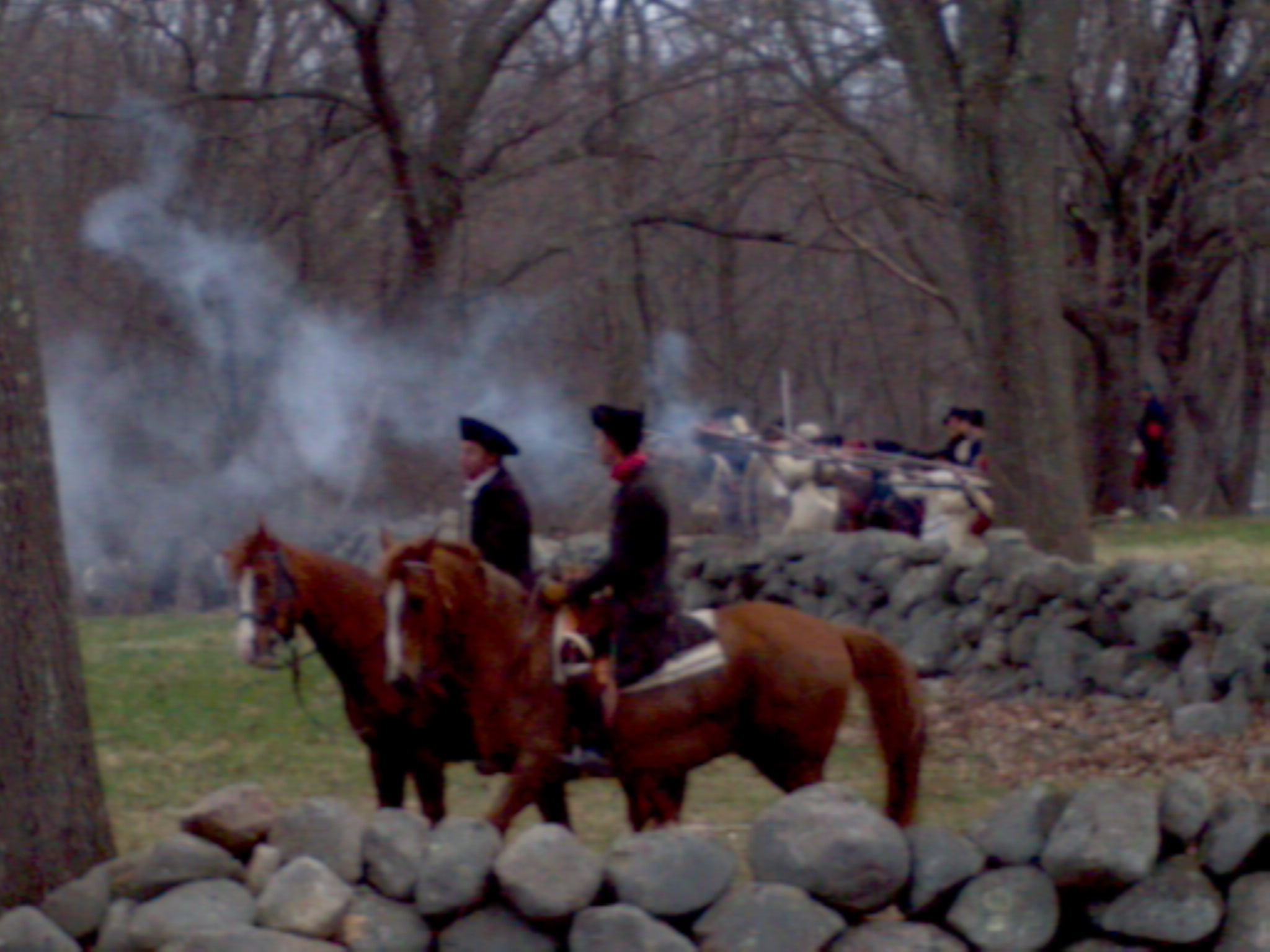 After a visit to Captain Smith’s house and the Hartwell Tavern, we headed to Concord and the green there.   Tying literature into history, we visited The Old Manse where both Ralph Waldo Emerson and Nathaniel Hawthorne resided.  And jumped forward in time to post-civil war days and Louisa May Alcott’s house.  Then back again as we visited the Old North Bridge, and a verbal recreation of what happened there in 1775.

We take our democracy for granted.  But, perhaps especially in these troubled days, it’s important to stop and remember the people who sacrificed to buy us our freedom.  I for one, couldn’t have been prouder to have the chance to relive such an important moment in our history.

What about you?  Have you visited Lexington and Concord?  Other Revolutionary War sites?